When you've run out of decks to trim, and you've spiffed up a few naked edges with gold and silver Sharpies, then what? What will be your next tarot craft?
Well, the trimmed decks are now rattling around in their original tuck boxes like marbles in a shoebox. And what about that box with the ripped flaps? And...

Here's the video I used. It`s over an hour long, quite chatty but thorough.
DIY Tarot Boxes

Here are my first three attempts. You'll see that my learning curve is running backwards as I go.

Box #1 for the Dark Grimoire
Its tuckbox is perfectly healthy, but I had papers that went so well with the deck!
Cardboard used: book board, several mm. thick
Papers: outside - handmade from mulberries; inside - Japanese
Mistakes: you can see the little slivers of plum paper covering bare cardboard in the inside corners of the last picture. Not too bad for a first attempt.
Time to make: many hours plus glue-drying time 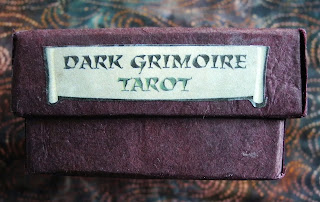 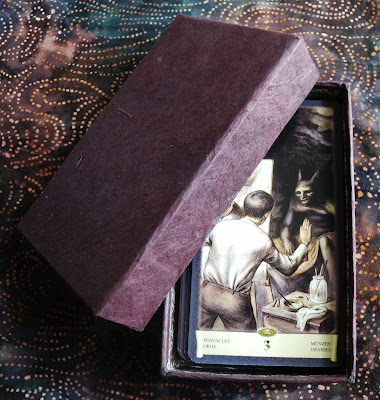 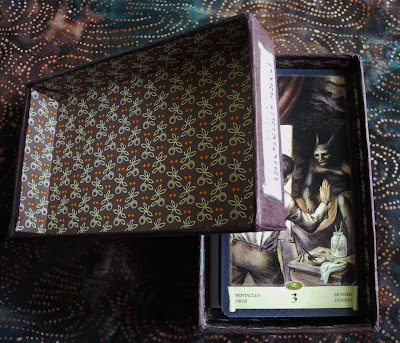 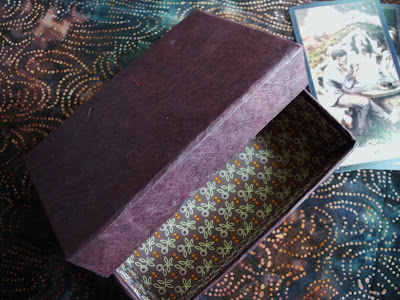 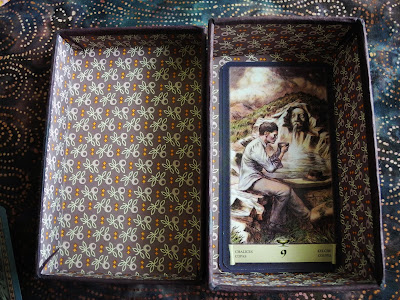 Box #2 for the Cat's Eye Tarot
Tuckbox flaps tearing off, and trimmed cards are now too small for the box.
Cardboard: an empty cornflakes box (this is pretty flimsy, don't recommend it, but it was SO easy to cut compared to the heavier book board which needs a heavy-duty X-acto-type knife).
Papers: outside - from the scrapbooking section of Michael's (a craft supply store chain); inside lid - plain old computer-weight red paper left over from some Christmas project.
Mistakes: more than for the first box. Mismeasured for the lid and had to make another one. See last picture, where the first lid fits like a kid wearing his dad's shoes. I was out of cat's paw paper so the second lid is striped, which luckily I prefer anyway! And I have a spare paw print lid for...?
Time to make: many more hours plus drying time. 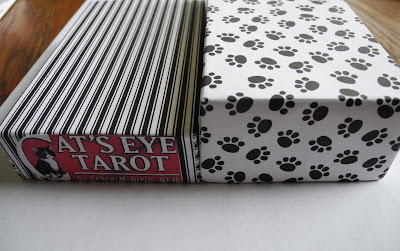 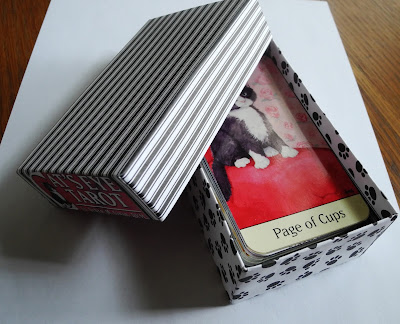 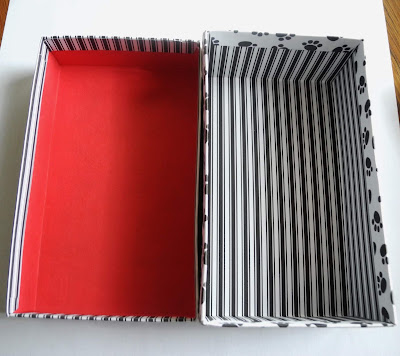 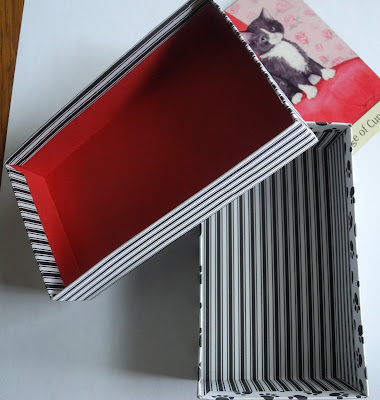 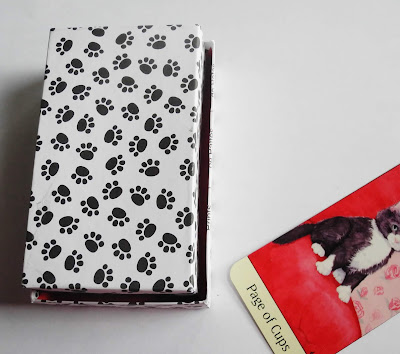 Box #3 for the Tarot Nova
The original adorable very solid tuckbox for this one showed its face only AFTER I'd started on its replacement. It's a tricksy little deck.
Cardboard: a Walker's Oatcakes box, slightly sturdier than the cornflakes one
Paper: outside - photocopied the deck backs side by side for most of it. (DO NOT DO THIS! The ink rubs off when the paper gets damp from the glue. And then you have to cut out teeny-tiny matching bits from leftover paper, to glue over the whitey bits where the colour rubbed off.) Lid top - photocopy of tuckbox. Inside - sturdy nubby yellow from Michael's.
Mistakes: see above
Time to make: a ridiculous amount plus drying time 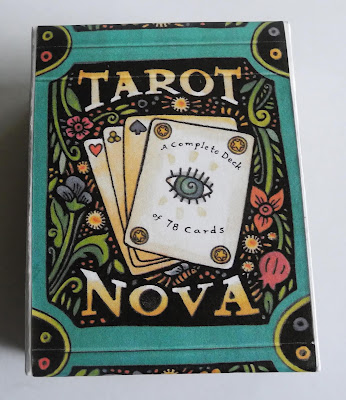 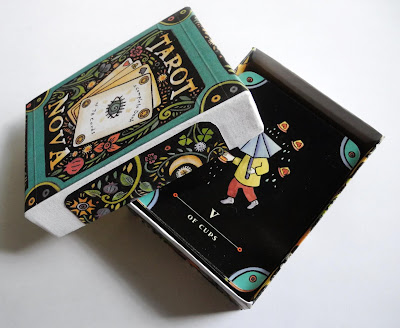 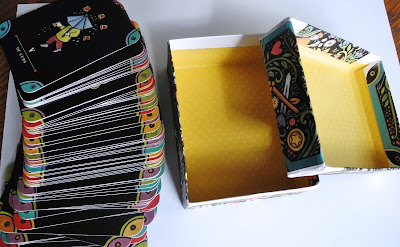 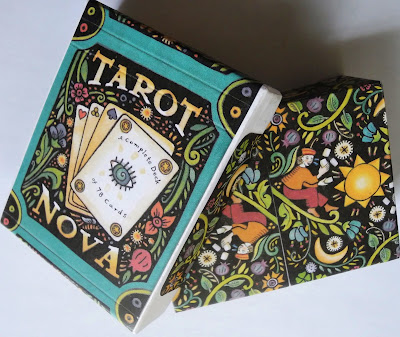 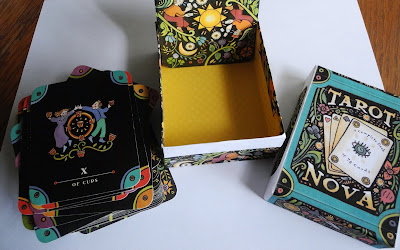 I finally have this in my backyard! 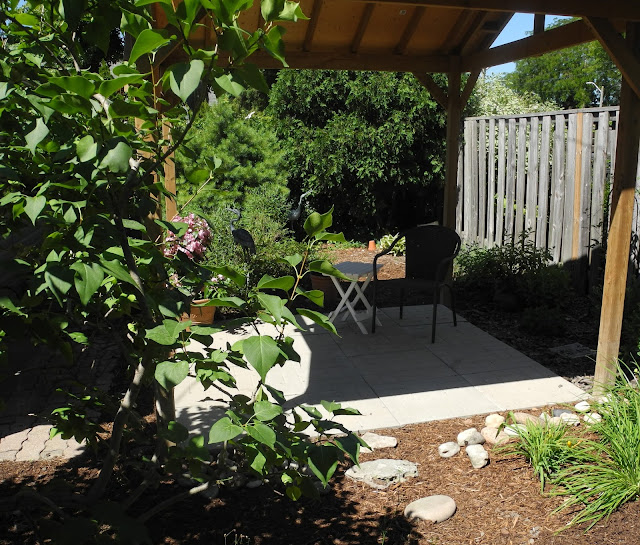