This is complicated because it's not an out-and-out rave, and I'm reluctant to start. But Game of Thrones is a deck that I cannot ignore.


On the one hand:
*This TV series, based on Harry Selfridge's life and controversial ideas about what a department store could be, is one of my favourites. I guess I shouldn't be surprised that they house the Psychic Sisters. Selfridges has been shocking and wowing the world since 1909!

On the other hand:


So those are my raves and reservations. Now to questioning the deck itself.


1. You've read my concerns about characters in the series that weren't used in the deck. Your comments?
Six of Cups (the element of Water, the heart, relationships)

Sansa Stark: Those of us in this deck have worked very hard to get here, and we are strong and resilient. We can handle both your questions and your complaints. I have just fled that Devil, Ramsay Bolton, after all.
Jon Snow: And I have come back from the Dead. Sansa and I thought we were lost to each other, but  now we know that anything is possible. We can deal with whatever you've dealt onto your tarot table! 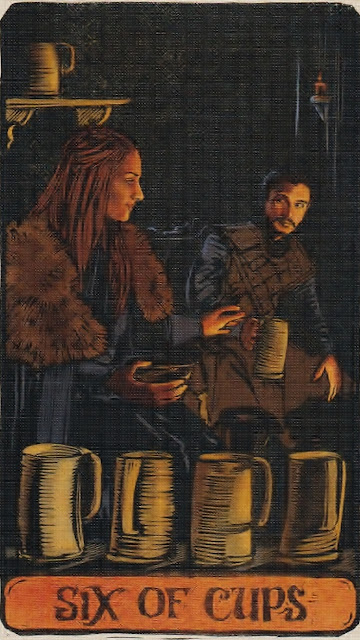 2. These omissions would not matter to a reader who is not familiar with the show. Will tarot readers who are followers of Game of Thrones on TV miss these characters?
Three of Coins (the element of Earth, being grounded, building)
We've built a new Sept. Our deck is a new creation - grounded in the HBO series - but we're building a little dynasty of our own with you readers and your insights and creativity. 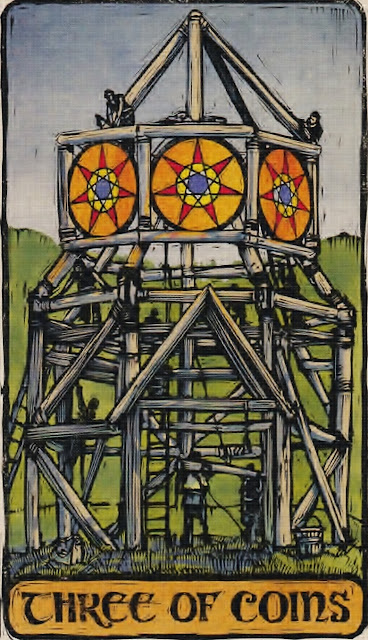 3. The show is vast in scope. Will your cards bring this huge world to our readings?
King of Spears (the element of Fire, courage, spirit)
Ned Stark: I was beheaded early in the series, and yet my offspring and their high ideals carry the torch for valour and loyalty. Their courage permeates this deck, as do the characteristics of so many of the major characters. We, embodied in this deck, represent our world of the Seven Kingdoms and yours, the Earth. I wish you well traversing them with us. My children are now (quite literally) in your hands; use their strengths, and please honour them and treat them with respect. 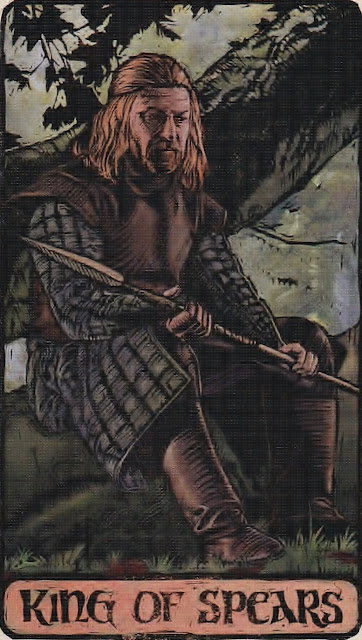 4. Game of Thrones has many truly evil characters, while most tarot decks do not. Will this bring a darker slant to readings with you?
Five of Cups (the realm of Water again)
Cercei Lannister: My emotional life often lies within a dark landscape. You no doubt think of me as one of the bad people, a plotter and schemer, and I suppose I am those things. But is my sadness at the death of my sweet daughter darker than that of another bereaved mother? I think not.
Be truthful now - do you love the Game of Thrones for its lightness of heart and good cheer? I think not. 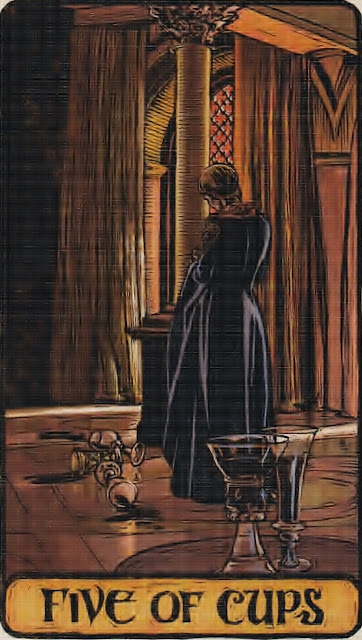 None of your Major Arcana players have spoken. Will one of you please step forward?
The Fool
Tyrion Lannister: Here I am at my most foolhardy moment to date (and I have had many) - releasing two of Daenerys' dragons from their prison beneath the Pyramid in Meereen. Is that not the epitome of flexibility? From idle rich son and whoremonger to battle brave to political negotiator to dragon freer? No one of us knows where this adventure may take us. I will do my small part (one of my dwarf jokes) to carry on with whatever I am dealt, as will you. And now I need more wine, please. Aah, much better.
Now, back to your question. We felt that your reservations about our deck were Minor, and thus none of us Majors initially came forward (my first tarot joke). 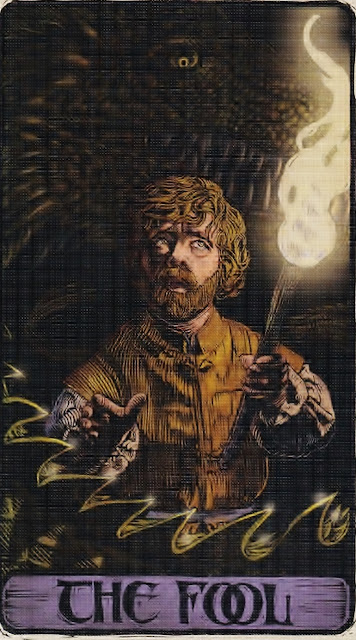 Without a shadow of a doubt, camel riding is the best! (Pushkar, India, Feb 2018: me, Romeo the camel) 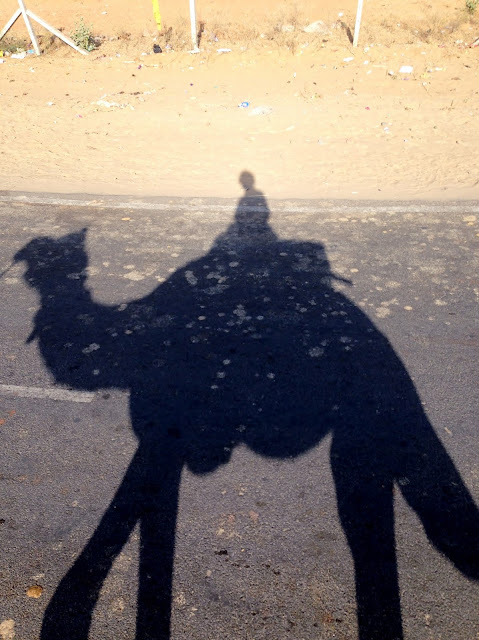