Mrs. Pollifax and a Wicked Pack of Cards with the Wheel of Change Tarot

My life is dull. 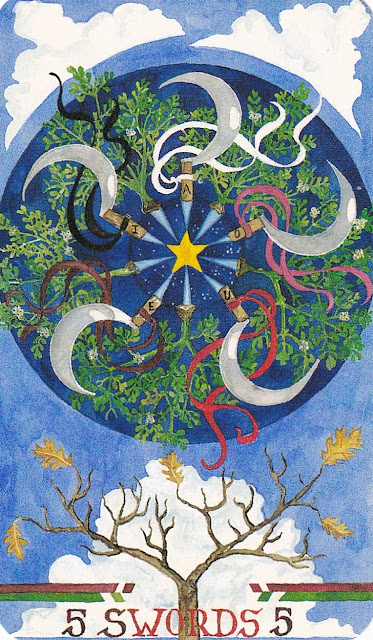 Lost its cutting edge, has it? Focus not as sharp as it used to be?


Mrs. Pollifax, your momentum appears to be rotating backwards.
You need a new spin on things.
Give your blades a 180 twist round and see if that gets them moving forward again.

Things look tame - a Ferris wheel. The ribbons are all very sweet, Mrs. P, but it's time to cut the ties that bind you to your staid little life.

Garden Club pruners be damned. Take a machete for some serious cutting.

What do you suggest?
THE HERMIT 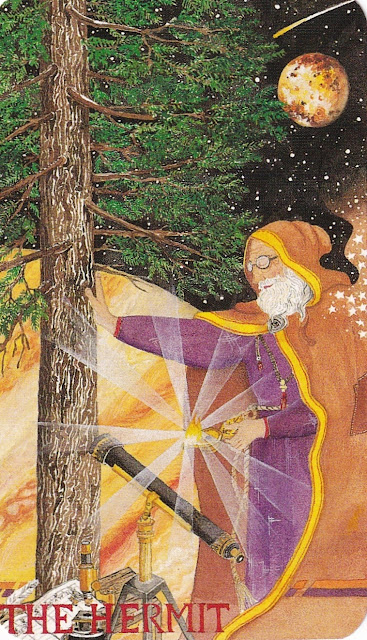 This is not some clueless old codger playing around in the woods at night.
Oh, no. He's up to something.
He's on to something.

He's got the telescope, the magnifying glass, maps, notebook, quill pen, a pulley.
What's all that light he's producing? Nine beams of it, to be exact (as befits the Hermit IX).

Is that a whistle around his neck?
Is he channeling starlight?
Is that shooting star part of his experiment?

I suggest that you take a page from this Hermit's notebook and rustle up something new and exciting for yourself.
Take a walk on the wild side. Or the dark side.

What does she do? Hops on a train to Washington, DC, and offers to spy for the CIA.
In the magical flukey world of fiction and mistaken identities, she gets hired to make a simple courier delivery in Mexico City.


What might I expect, having done as you suggested?
THE TOWER 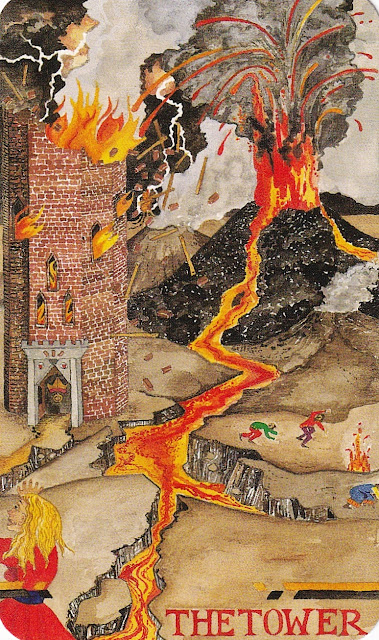 Let's just say that you're not in New Jersey any more, Emily Pollifax.

Well, you were trying to shake things up. It appears that you've succeeded spectacularly.

Things are heating up.

Your cover's about to be blown sky high
and you could find yourself thrown into the company of a colourful group of strangers.

Get ready to rock & roll, Mrs. P!
Pack your running shoes and don't forget your wicked pack of cards...


Of course all hell breaks loose. In the breaking she is casually tossed a deck of cards in a bookshop, and to save her sanity and keep panic at bay, spends much of her "free time" while incarcerated in Albania playing solitaire.
Every time she picks up her trusty little pack of cards and begins laying them out, I hear the rustle and snap of card against card, my hands beg to grab a tarot deck, and my mind turns to that (in)famous book
A Wicked Pack of Cards.

Highclere Castle (aka Downton Abbey) has nothing on us. We have mallards in our flooded park! 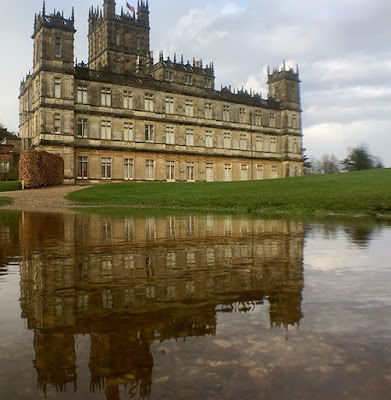 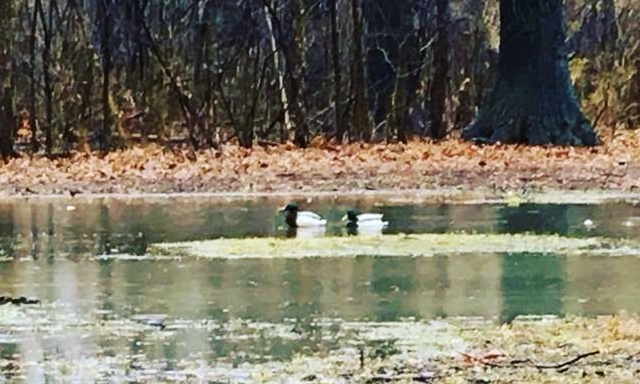