Is there a "forgiveness card" in the Tarot

Why am I asking this now? Because of a book.


BOOKS are the inspiration this week. Specifically, those championed on Canada Reads this past week. 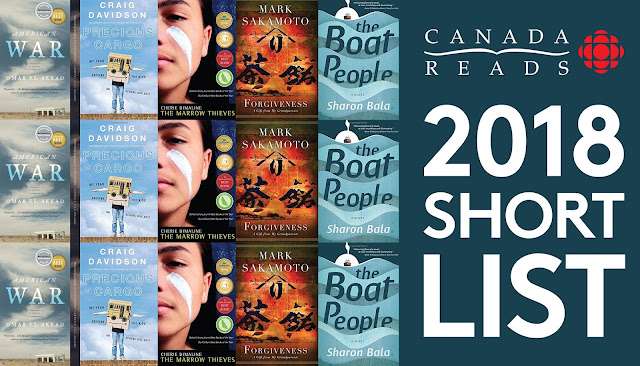 There are so many things that I just love about Canada Reads week on CBC radio and television.
One title is voted out (after much agonizing) by the five defenders each day, until by Thursday at noon we have a winner. This year it is Forgiveness, by Mark Sakamoto, the true story of his grandparents. His Scottish-Canadian maternal grandfather was captured and imprisoned as a prisoner of war in Japan during the Second World War — all while his paternal grandmother and her Japanese-Canadian family were interned by their own government here in Alberta.

Is there a tarot card specifically about forgiveness? I don't think so.
I went through my very first deck, the Sharman-Caselli, looking for this card, and didn't find it. But there were others that might require an element of forgiveness if one was to move on from that card's message or lesson.
Here are the five I chose, illustrated by the Sharman-Caselli and the Victorian Romantic 2006 edition. 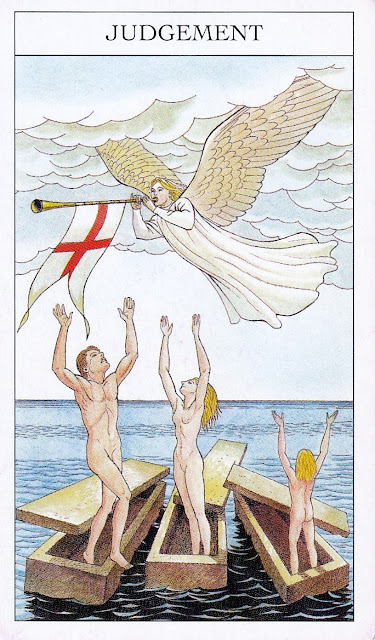 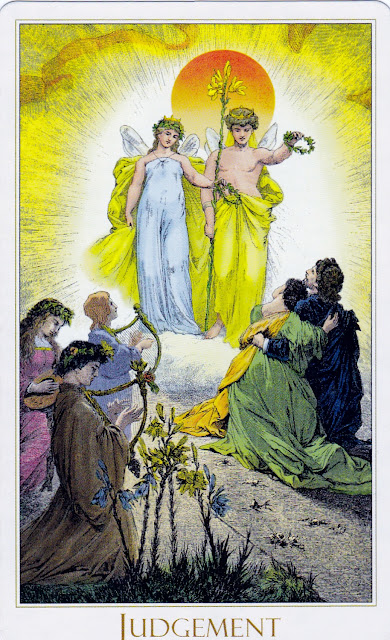 1. The Devil
What needs forgiveness (addiction, dependency, weakness) before progress can commence?
What Devil in you or another needs to be forgiven for trying to ensnare you? 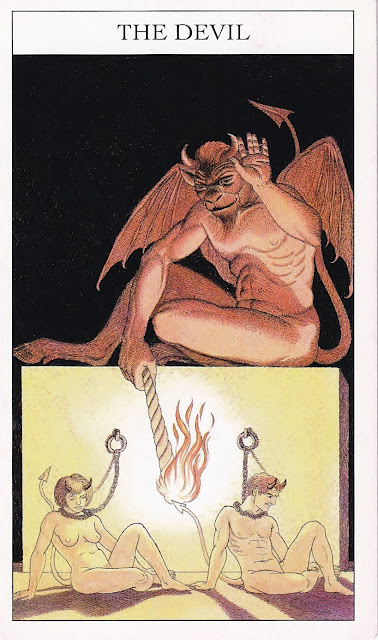 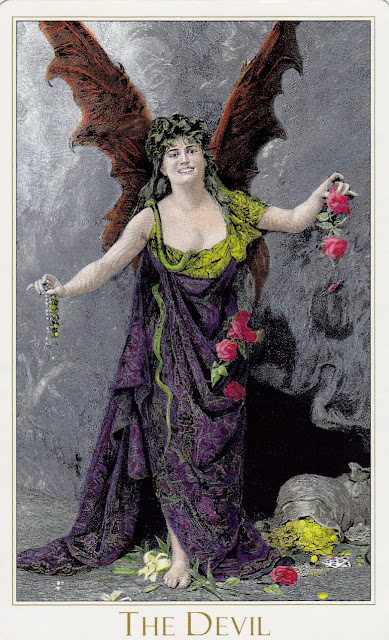 2. Eight of Cups
Is forgiveness an element in leaving a situation when the time has come? 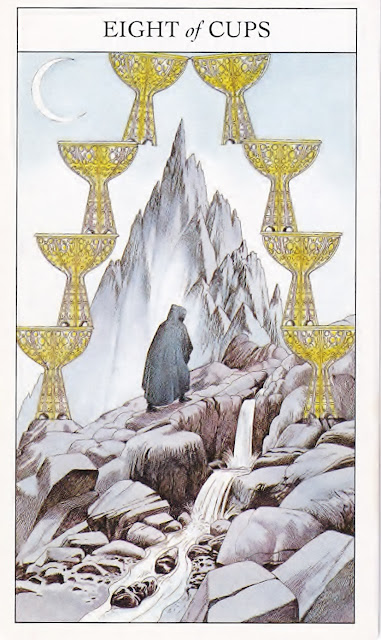 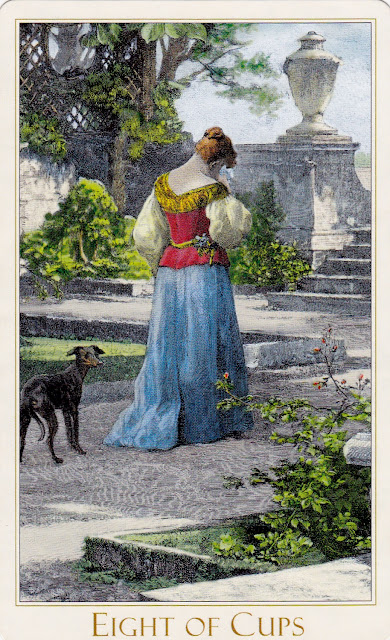 3. Three of Swords
The poisonous Swords of the injury must be drawn out before the wound can begin to close up.
Forgiveness before healing. 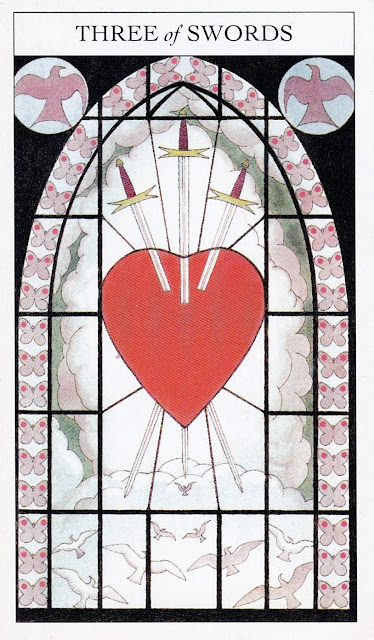 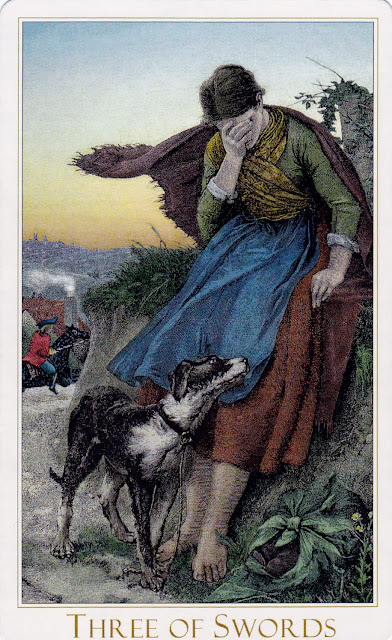 5. Five of Swords
Forgive the bullies of this world and move on.
Or forgive yourself, if you're the one doing the bullying, and try to move forward with more kindness. 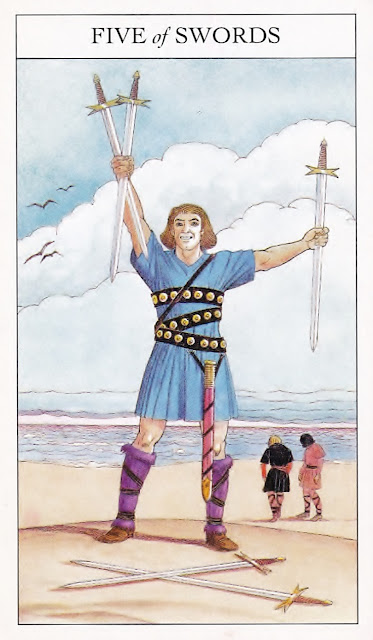 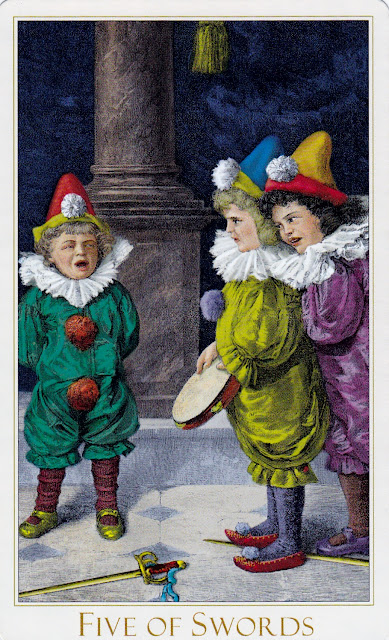 When your six-year-old granddaughter requests a slumber party, you grab the chance while she still thinks you're worth visiting!

Me: What's the difference between a slumber party and a sleepover?
Emily: Gramma, it's PARTY!

Here's the Slumber Party Plans list, duly checked off as we went. 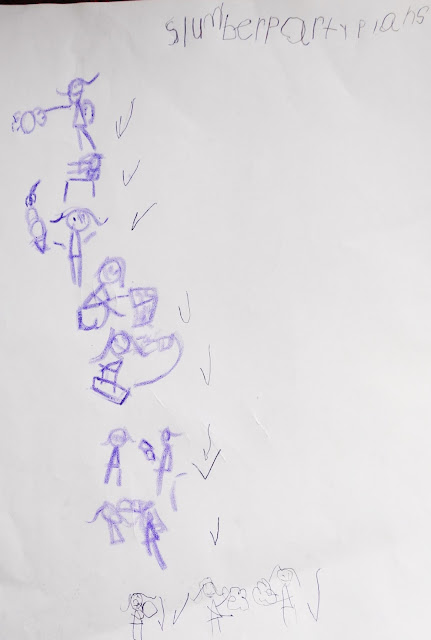