In January I attended a tasty concert. Yes, tasty!
There's a chamber music group here in town which is sliding the traditional concept of classical music as formal (and sometimes snobby) over to accessible, friendly, and unexpected. Yesterday's fare was no exception. Its title? Harmonic Hors d'Oeuvres
We were treated to a series of musical tidbits, from the 17th century to more contemporary composers, each paired with an hors d'oeuvre introduced by the chef. A delicious concept, yes? I regret that I didn't take a picture of those little beauties - sorry! Wasn't thinking about a future blog post at the time.

There were four little yums on our plates, the first entitled bright, lively, light. This was linked to Mozart, a violin and piano duo.
(Alas, these videos are not from the performance I attended; they are clips of other performers.)

What tarot deck would I call bright, lively, and light? Of course this is all terribly subjective, but the first deck that comes to mind (from my collection, anyway) is the Paulina Tarot. Even in the slightly sad or beleaguered cards, the style is lightly drawn and airy. 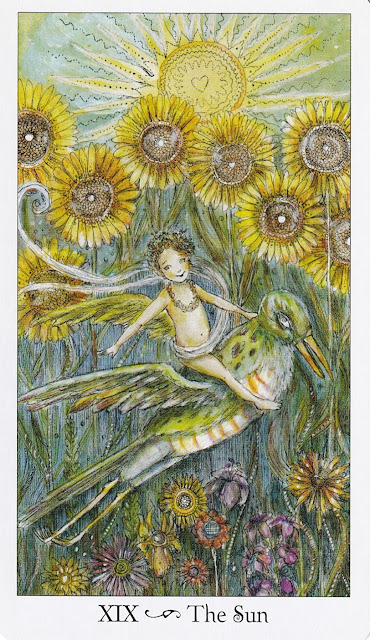 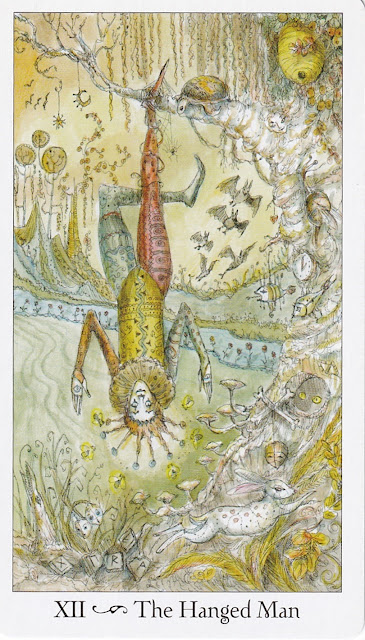 Our second little tidbit of food was intense, rich, passionate. We got the romantic music of Glinka played by violin, cello, and harp.

The deck? Had to be the MaryEl deck, where the art is saturated and intensity rules. 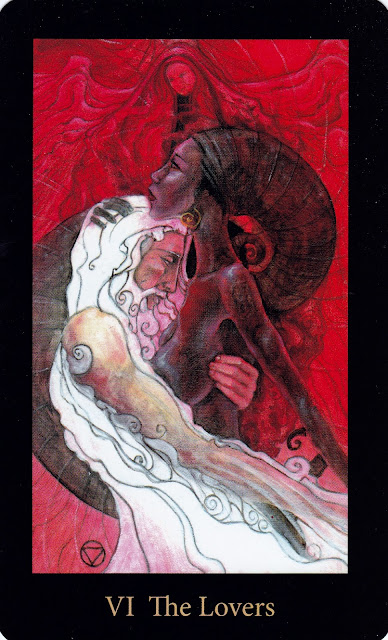 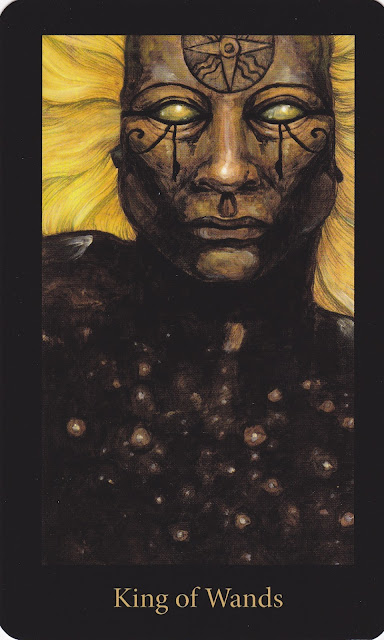 The third selection had only one descriptor: structured. And the music was Bach on solo cello - not Yo-Yo Ma of course, but mmmmm nonetheless.

It's the word structure that made me think of tarot, which has a marvellous and dependable structure upon which readers have been relying for several hundred years. (This is not a history post, so I'm not making any distinction between the various kinds of early decks, or debating their origins or uses.)
A deck for structure? Well, there's the part of the tarot world that goes to the circa 1909 Rider-Waite-Smith deck for the last word on how tarot works. Then there's the Alistair Crowley-Lady Thoth devotee contingent. And the raft of Tarot de Marseille people. All of these traditions are securely pinned to the 22 Major Arcana, and 56 Minor Arcana: four suits with 10 numbers and 4 court cards each.
Here's where they each begin - with The Fool. 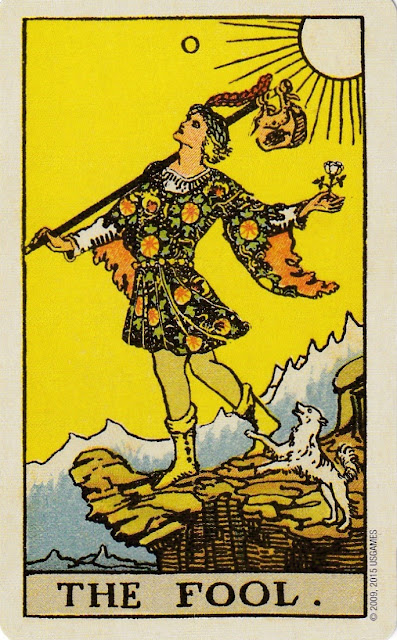 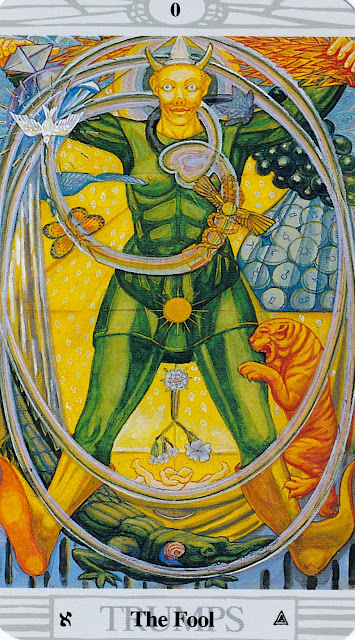 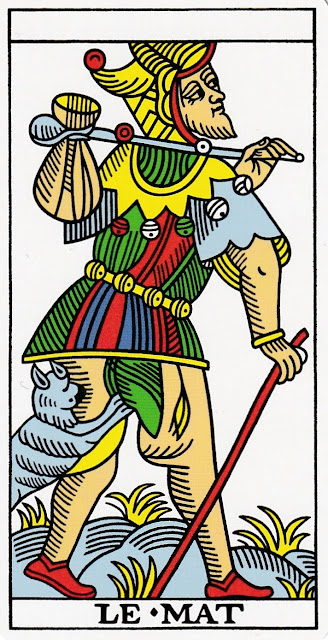 Last on our plates was minimalist. We're in the 20th century with Philip Glass and Eric Satie and back to the piano with a student/teacher duo.
(I hope you realize how tough it was to eat just one tiny morsel, and then have to wait through the next intro, for permission to start on the next bit.)

Minimalist decks? There are quite a few: the Wild Unknown and Tarot Leaves come to mind. But the tiny Tarot Nova brings a smile, so here it is. 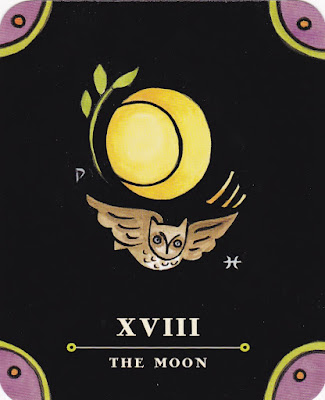 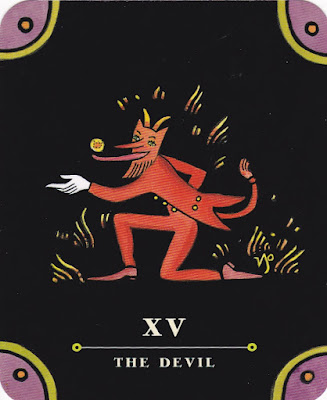 The streets in my neighbourhood are not as colourful and interesting as those in India. And there's not a single cow or water buffalo or pig or goat or monkey in sight. Ho hum. 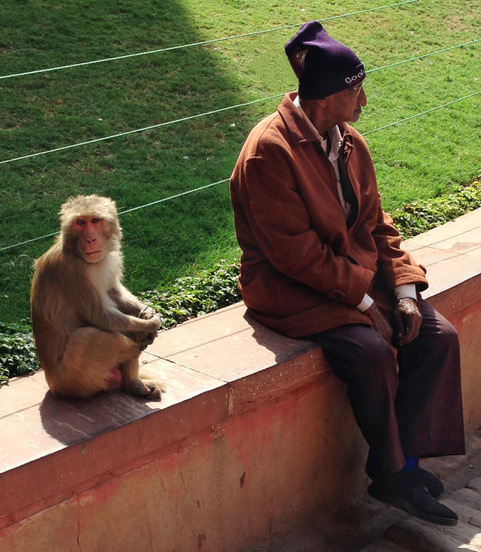