What do you do when you purge the wrong stuff? Consult the Hanged Man, of course!

11:02 pm on Thursday, November 24
Since about 1987 I've kept an accordion file with Christmas recipes, clippings to try, who came to dinner or brunch and what was the menu, experiments and tweakings on family favourites. It's green. And I've lost it. Did I throw it into the massive piles of recycling that I've chucked out since the summer? I don't know.
At first this caused a MASSIVE AMOUNT OF PANIC, and scurrying through old emails and computer files in case my beloved recipes might be there. A few are - thank heavens. But most aren't.

Some I can sort of almost reconstruct. But what about the rest? Well, here's the miracle...
I don't care! It feels kind of good! Freeing! I can start a new Christmas file. This one will be red. All those old ideas, things I meant to try year after year...GONE! Clean slate. I LIKE IT!

So how can I tie this clean slate thing to the new batch of Hanged Man cards that arrived this week? I don't know yet. But it will be fun!


1:46 pm, Sunday November 27
Here's what all the hanged people are telling me right now:
What are you hanging around for? Get cracking, have a look at all of us, and write this damn blog!


6:10 pm on Sunday, November 27
These 3 are upside-down, or rather right side-up, so you can see their faces as you read their comments.

Your Christmas folder will be reborn, fresh and new!

But this time with all the ancient experience of the dragons alongside and behind you.


Yeah, yeah, this is all very nice, but TICK-TOCK, you don't have forever to get this done!


No offense, but getting hung up on this problem is your own doing! You're the one who lost the folder.


10:16 am, Monday November 28
This gorgeous painting sent me to the guidebook for the Wildwood Tarot. I can't do it justice here, so will only include a few ideas from the card's description. The Dark Woman of Knowledge (aka the Lady of the Lake in Arthurian legend) advises patience and "a surrender of will". She holds the "mirror of reflection" and the "orb of seeing", and sends us on our journey of the soul to "awaken afresh and full of energy". 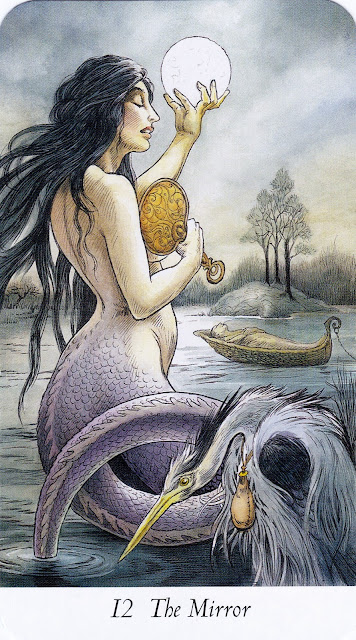 Upon reflection, you will find some solutions that make you smile.

Note: do not try this at home, especially in the winter.

And that's it! I'm off to dive into some more holiday magazines...

Knights of Swords, running off in all directions

Things have been pretty serious around here for the last couple of weeks, what with the state of the world's politics, the protests, and general lack of peacefulness. Today I'm changing it up, with the help of a phalanx of crazy Knights!


All the Knights have more energy than they know what to do with. And maybe not enough focus and experience to make their forays very effective, or productive, or positive. They're like puppies. Enthusiastic and wiggly, sharp little teeth chewing up stuff (some of it valuable), but we love them anyway and make allowances. Because we know they'll grow out of it.

Knight-ful energy combined with the budding intellectualism of the airy Swords is quite the combination! Working on being rational - making good progress - but there are still all those hormones at work.
This is what I've decided and I'm going for it!

Today I'm taking a tongue-in-cheek look at the Knights of Swords arrayed on my tarot table. While any one of these could take a serious place in an actual reading, today they've galloped over for a bit of fun!


First, we have the group pointing their swords, hollering THIS WAY! C'MON! CHARGE!

Then there are the cautious ones, who stop for a breather.


And these two are still looking for their horses...

You know what I'm realizing, as I'm poking fun at these disorganized Knights of the realm of the mind? They're ME! And my late-November, pre-Christmas scatterbrained-ness! Ha! 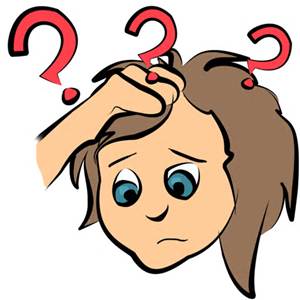 Do the outside lights. No, it's raining - do them another day.
Find the folder of Christmas recipes. Where the heck did I put it? Start looking! What colour is it?
No. Start the shopping list. Didn't I already buy something for somebody? I think it's for Emily. Is it in my closet? Behind the bookshelves? I know it's here somewhere! 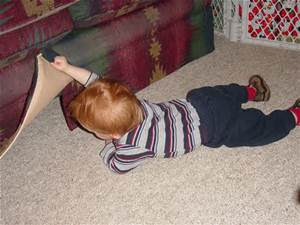 Get out the Christmas CDs. Where's Handel's Messiah? No, not that one. The newer version.
Hey, it's stopped raining. Do the outside lights...

Two of Pentacles speaks to the US election results

Well, we all know what happened last Monday. Whether we're jeering or rejoicing, thrilled or terrified, the fact remains that the same people are still living on the same patch of ground that they were before voting on November 8, 2016.


Which means that there's a WHOLE LOT of divisiveness and derision and disagreement still at work on this side of the world (yes, this all spilled itself up into Canada too). Did we know HOW MUCH one half disagreed with the other? I don't think so.

But now we do. Much ugliness has surfaced and it can't be stuffed back into its hidey-hole.

Isn't it perfect that one of the Twos came up this week? Yes, it stands for teamwork and other good stuff. But it also brings in the polar opposites. Either/or. Night and day. Us versus them. Black and white.

To try really hard to find some sort of balance between these disparate points of view, and with each other. Like we find in the Two of Pentacles.


Pentacles, in conjunction with their element, Earth, involve our material lives. Money, jobs, security, health and health care. Definitely some key factors in the switch at the White House. And I suspect that some larger emotional issues, unspoken and perhaps even unacknowledged because they're buried so deep and are politically so unacceptable, reared up in this election.
Feelings about women and non-whites.

I have 23 Twos of Pents on my tarot table this week. They appear also as Stones, Pumpkins, Crows, Discs, Vesicas, Sacred Circles, and Knowledge. Many show the expected image of a person juggling two discs within an infinity sign or lemniscate.
And some stood out as cards that might take me through this challenging time of shifting alliances and wary friendships. I'm struggling with two such relationships in the aftermath of this election, and am shaken to my core. I'm sorely tempted to write off these two long-time friends, but I'm fighting it. Are they as disappointed in me, I wonder?


TEN CARDS HAVE THEIR SAY.
It IS tempting to throw down the gauntlet and duke it out. It IS a challenge. Especially since it feels like we are two entirely different species.


Be wary of mischief-makers who will speak just to stir things up. Many lives have been lost in wars fought over small incidents which spun out of control into unspeakable horrors. This is even more poignant, coming as it does during the week of Remembrance Day here in Canada. when we honour our veterans and war dead.


So what are we to do? Talk to each other. Keep a dialogue going. Discuss without ranting. Hard stuff.


What else?
Come out of the safe caves of our own deeply held beliefs, be curious about the the 'others'. Come down from our lofty heights, and meet somewhere in the middle. Find some common ground.


Help to build something new, like the crow with her twigs. Plant new seeds; sow some harmony.

We're all in this together, and like it or not, we're stuck with each other!


This week's world commentary was brought to you by the Two of Pentacles.

And by Remembrance Day. 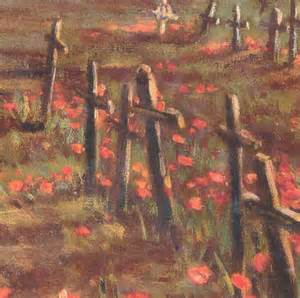 For more about Remembrance Day, see this post from November, 2014.

A Whole Day of Kings of Cups!

As I was setting out for Bookfest this morning (a good day to be leaving home - the neighbours are putting on a new roof - loud radio, guys yelling, hammering) I wondered what my latest 23-deck draw had to say about my day with books and authors.

The King of Cups has been out for a few days now; he's been re-arranged, sorted by mood and facial expression, played around with, scrutinized.


Here's how my Saturday November 5 played out, with illustrations courtesy of the Kings of Cups.


I set out in the morning, eager to meet authors and hear their work.

The venue was new this year, so it took some searching to hunt down my first event.

The visiting authors ranged from a wee bit shy, to comfortable and comical, to done-this-many-times.
Note: the centre deck, Wicca Moon, combines the Queen and King into a single card.

I listened with interest.


One panel chatted about their magical worlds and horror plots; another was all about ancestry.

I rode home content and full of new ideas.

Final comments:
Bringing home an armload of books is a beautiful thing, but did you intend to buy so MANY?

There you have it. A day fit for Kings!