The news here in North America is rife with all the unhealthy aspects of competition. It's been this way for many months and will continue in this sooty vein until the US election is over in early November. I've had my fill of one-upmanship, insults, digging for dirt, if-I'm-up-you-must-be-down, and all that nasty crap. 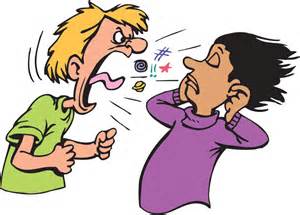 Last week I began an experiment with 23 cards-of-the-day, not because my days are so crammed that I need one card per hour to represent them (ha!), but in an attempt to get acquainted with WAY more of my decks. These 23 packs will be on the table until December 21, when the new crop'll swing in for the winter.

The Six of Wands appeared; it's been a visual and conceptual pleasure to drink in 23 versions of this celebratory image.

This morning, preparing to pick a new card, I was having a last look at the sixes and was struck by something. Victory, congratulations, adulation: there were many variations on this common theme. But two decks stood out for their co-operative feel, probably because I'm up to here with victor vs vanquished!

The Halloween Tarot has ALL the imps sharing in the victory. That looks like much more fun than the solitary conqueror in the Llewellyn Tarot below. (Don't get me wrong; I love the soft artwork of the Llewellyn. It's only one of many examples of an all hail the conquering hero view of the Six of Wands.)
And, even more shocking in our world of I win, you lose? The Badgers Forest Tarot shows the other creatures actually coming together to help the rabbit make the giant leap. This makes my heart sing! (I know, it could be interpreted very differently - but today, this week, this month, I want the singing version!) 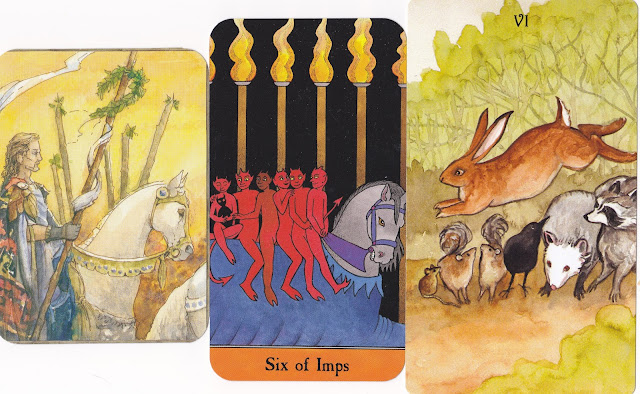 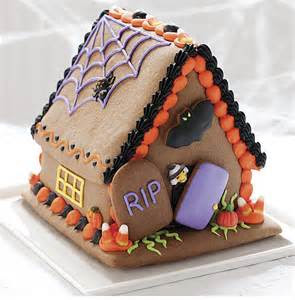 Twenty-three decks made the cut for the Autumn Card-of-the-Day!

Guess I'm not very good at whittling. Last week the list sat at 28, and the great cull knocked out a whole 6! Some were eliminated and others added. They look gorgeous laid out on the table, don't they? 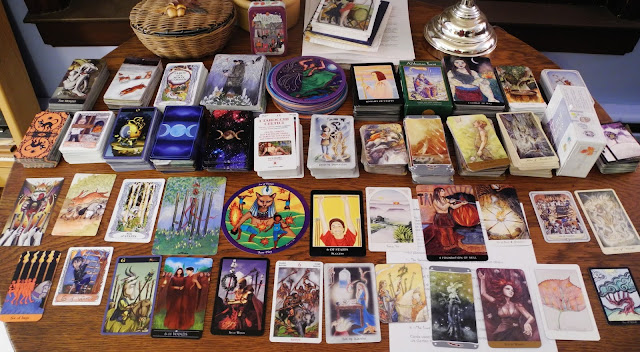 These are all the Six of Wands, or its equivalent in each of the decks. I shuffled the Halloween Tarot and pulled the Six of Imps (bottom left), dug through the other 22 decks and found the same card.
In the sometimes-exactly-the-right-card-shows-up department, this celebratory image came up on a day when there was a big something to celebrate in my family life. Woo-hoo!

Getting to all my decks in turn. Impossible?

There's been a thread on Aecletic Tarot recently, asking people which decks they use in the winter. I had a look, and to me, most of those mentioned weren't particularly wintery, although I didn't give it much thought at the time.


In keeping with my current house-tidying theme, however, I began (or more accurately re-began) thinking about how one (me) can possibly do justice to (as in: become thoroughly acquainted with) over 200 decks. Those that I bought early on and used as daily draws are like old friends. A handful are my go-to decks reading for TABI. The majority, however, have been briefly perused at their arrival, and shelved.


Does this mean I need to cull them to a manageable number? I don't know yet; current purging involves piano books to give away or sell (300 and counting...).
Would some type of seasonal (or other) rotation bring each of them in turn to the tarot worktable? This idea feels worth pursuing.

From this point on, I'm thinking/typing outloud and subjecting you to it. Sorry about that.


OK, Autumn decks. Halloween ones, of course. Are there any particularly Thanksgiving-y decks? None come to mind.
Well, what do I love about the Fall?

Changing trees. Cool crisp weather. Re-energizing for a new school year, and with that - paper, pens, rulers, books. The foods of fall - apples, squash, and for some reason roast pork, which goes so well with apples and squash. The end of the air-conditioning season, but not yet the furnace season. Start-ups of activities that cease over the summer: choir, Scottish Country Dancing. Low season for travel pricing. Late-blooming roses and the colours of mums. Spectacular moons. 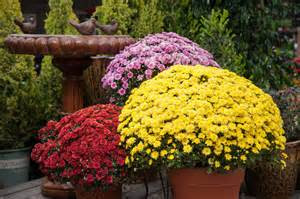 That's a good start. What decks?
All Hallows and Halloween Tarot* for sure.

A few whose names are ghostly or spirit-filled, for this time of the year when the spirit realm seems closer:


The moon figures in a lot of skyscapes at this time of year:

Magic, forests, fairies
I have many fairy decks, but Fairy Lights seems more connected to Autumn, for some reason. (Hang on, it's my list - I don't have to justify anything!)

Changing seasons
(There are so many of these - I don't know which ones feel like they belong to a particular season.)


Travel (low season pricing begins - I'm contemplating a trip to the UK or Ireland next fall). This brings in all the Celtic decks, British fiction and lore. Heavens!

Holy black cats! 31 decks!
The 3 marked with an * are already in use all the time, so I won't have to include them. Well then, a mere 28. My daily draw would look something like this: 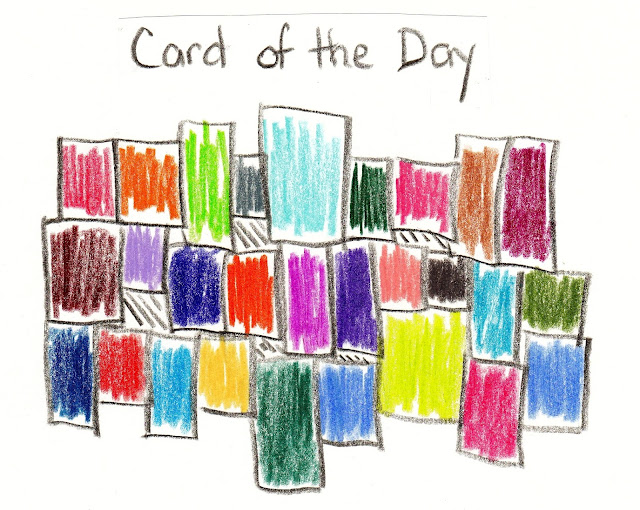 Bit daunting. It would take all my allotted tarot time just to pull the cards!

A few years ago, when I first started to dig seriously into tarot, I wanted to learn what the differences were between decks. So every day (well, most every) for a few months I shuffled one deck, pulled a card, and found the same card in 20 or so other decks. How did the 5 of Wands, say, differ from one deck to another? What did most have in common? Which decks stood out from the crowd? Was one deck always different? Were the colours ever similar? That kind of stuff...

Bossy decks and the life-changing magic of tidying up

In yet another attempt to ditch excess stuff, uncover more floor, enjoy my house, and not be embarrassed when someone drops by unannounced, I bought yet another 'clean up your act' book. (This time I might even read it. The previous buying-and-burying-it-under-a-pile-of-other-books method didn't yield great results.) Turns out it's a pretty famous bestseller: the life-changing magic of tidying up.


Into the category of Cool Coincidences comes my experience in the check-out line at Chapters yesterday.
It's not Christmas, no Harry Potter books are being launched, and it's a school day. So why is there this huge line-up and what the heck are all these elevenish kids doing all over the place? I struck up a conversation with the woman ahead of me in line; we were going to be there a while. 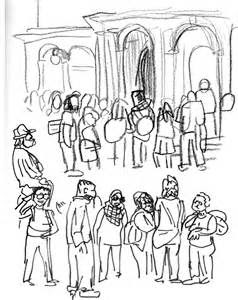 She suggested we were surrounded by a field trip. And we were; their bus was waiting outside when I left the store, and the students boarding said things like Thanks, Mrs. Something-or-other, it was fun. And Thank you for planning it for us, Miss Whosits.
Isn't a book store a BRILLIANT place for a grade school field trip? I heard one of the teachers say: 'So-and-so, you need three more books.' I don't know whether they were spending fund-raised monies for school library books or what, but WOW! Sure did love hearing those words!

And then the young woman looked at the tiny tome in my hand and said 'I loved that book.'
I was taken aback. 'You've read it?' What are the odds of that happening?
'It came out when we were building our house and getting ready to move. I recommended it to all my friends.'

We yakked a bit more about the book and her favourite sections in it. 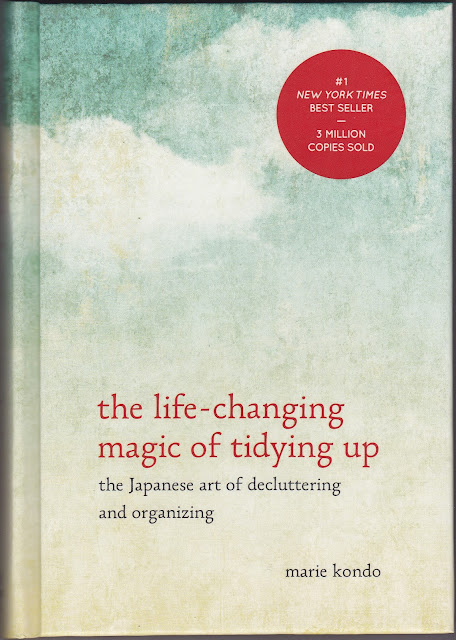 Now I'm pumped about this little hardcover, and I've asked two sassy opinionated decks, plus one dark one, to answer this question:
What's your advice on cleaning up my pack-rat-y house?

Tarot of the Sidhe ~ Earth, the Maker (aka Ace of Pents - sides trimmed)

Time to get down and dirty, lady. 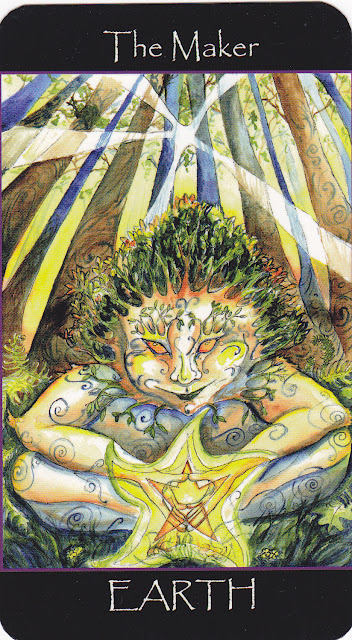 Tarot of the Burroughs ~ Page of Cups

Make a list and stick to it. No cheating! No getting side-tracked! 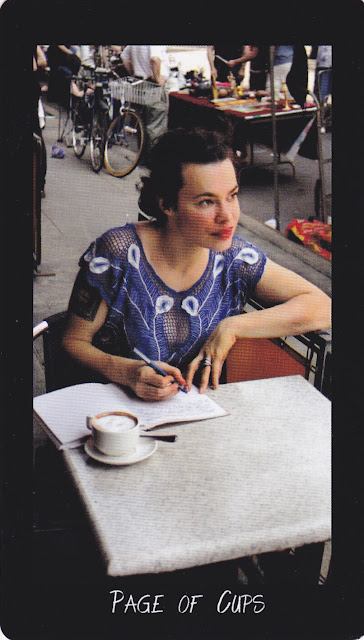 You know that dark and scary room? The one you avoid? We're goin' in! 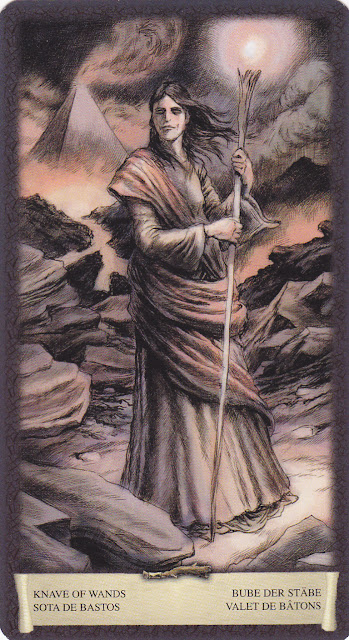 There you have it! House clearing advice from the tarot.

This Monday, October 10, is Thanksgiving Day here in Canada. So much to be grateful for! 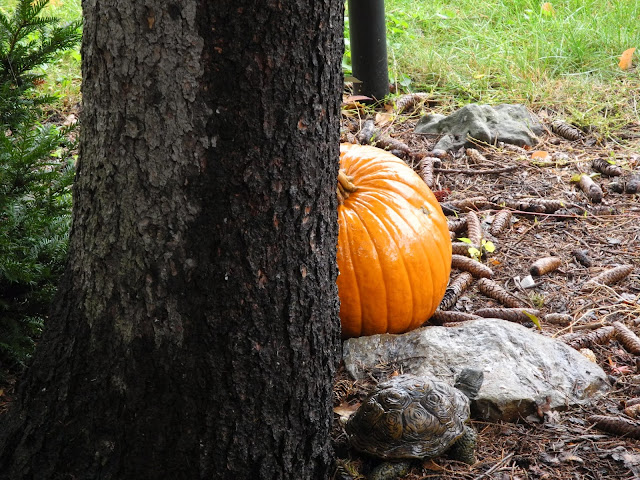 (And even more when my house is tidied up!)

Lang Lang playing Beethoven with the Detroit Symphony while I shuffle the Osho Zen Tarot. 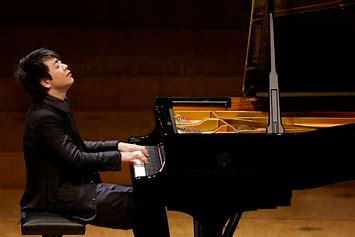 Lang Lang, the 34-year-old piano-whiz-kid-turned-legend in the music world, played Beethoven's 4th Piano Concerto with the DSO last night (Saturday, October 1). And they live-streamed the whole show. What a gift! There were cameras picking up his hands and facial expressions from all angles. I'm sure I had a better seat than the paying patrons at Orchestra Hall (although they experienced the electricity of a live performance, feeling the vibration of that astonishing acoustic through the soles of their feet!).


Lang appears to genuinely LOVE every note that the composer wrote, and invites each of them up through the keys as a gift to us, his audience. He seems completely at ease and at one with the instrument (if a person can be "at one" with a thousand-pound contraption of cast iron and wood whose lid could kill you if you happened to be under the hood when it fell).


So there I was, feeling so lucky to be seeing this incomparable artist close up, for free, shuffling the Osho Zen deck because my hands felt like doing something. Why the Osho Zen? I don't know. I've had a yen to work with the Zen for a few weeks now.
Every once in a while a card would jump out of the deck as I watched the Beethoven unfold on my computer screen.

Guidance of Rainbows popped out twice. This is the 3 of Pentacles in most decks. We all need guidance, of course. And the DSO relied on the guidance of its conductor, Leonard Slatkin, to pull off this intricate dance between soloist and orchestra. It was the stuff of angels. 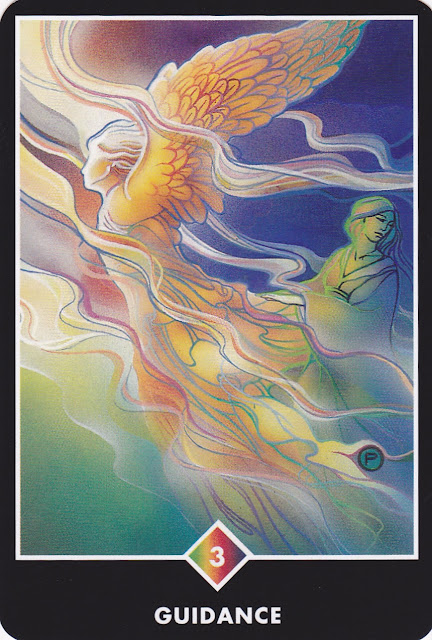 Politics of Clouds, usually the 7 of Swords, jumped up next. I'm sure Beethoven dealt with politics in his day, just as we have to. I'm Canadian, watching a US station. Well, we all know what kind of politics are going on down there these days... 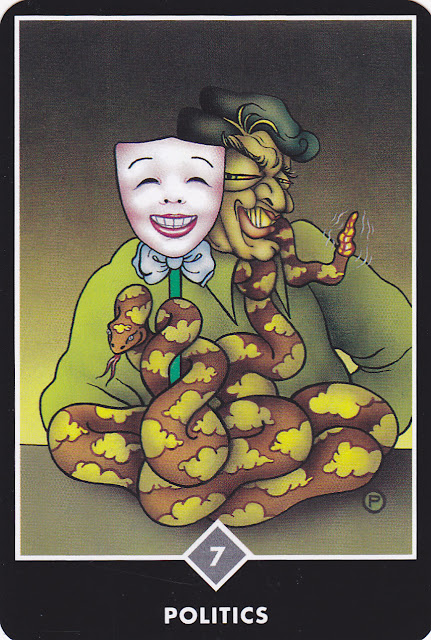 No-Thingness, the fifth trump, better known as the Hierophant, flipped onto the floor. What an interesting card, I thought, as the performance moved into the third and final movement of the concerto. It was dancing in Lang's hands; he smiled up at Slatkin as they tossed the music back and forth and then... 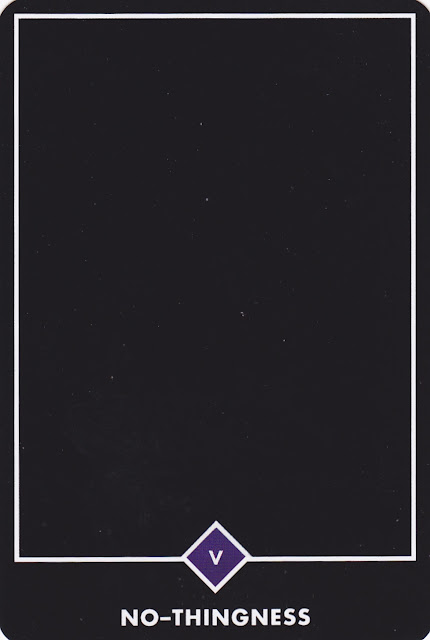 the screen went blank. There was no-thing but a little spinning "I'm thinking; you'll have to wait" circle. Huh. And there it stayed, through the entire last movement (my favourite of the three, by the way) and Lang Lang's encore.

The card that hopped from the deck as I waited, hoping that the next moment would bring everything back?

Moment to Moment of Rainbows, aka the 2 of Pents. 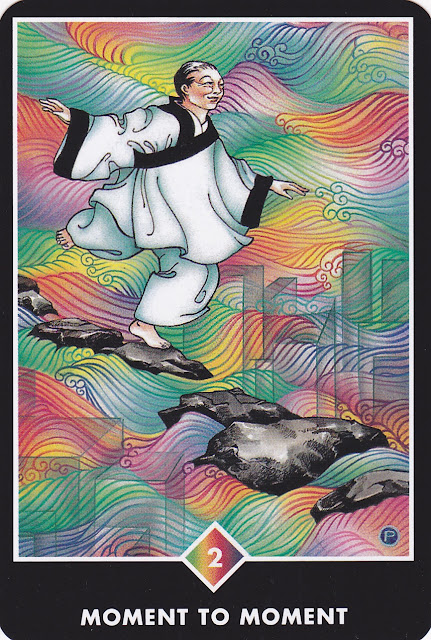 Postscript: the DSO apologized for the interruption to some of its viewers, and will have the entire broadcast up on its Replay page soon.