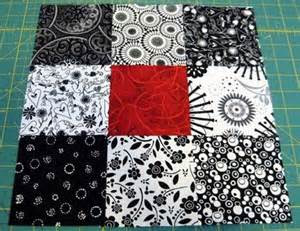 This morning, Halloween morn, I dealt out a nine-patch with the Halloween Tarot and decided
to read it with the centre cards being the anchor from which the side cards took their cue.
And not to think about it too much - just go.
(This is the mini-deck that comes in a tin, trimmed. They're tiny - the size of a business card!)
Wouldn't this make a great placemat? 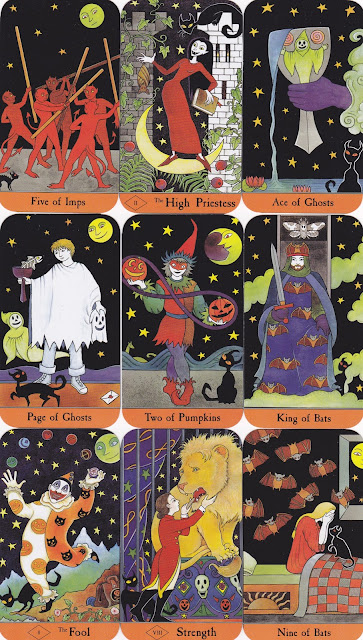 Row 1
A wise Priestess knows how to quell the agitation of Imps and move on to a calm new scenario. 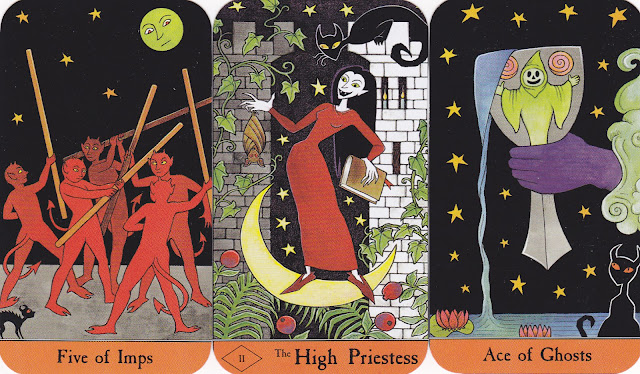 Row 2
It's always a balancing act, trying to serve both your cut-and-dried know-it-all side
and your softer, fresher, less jaded self. 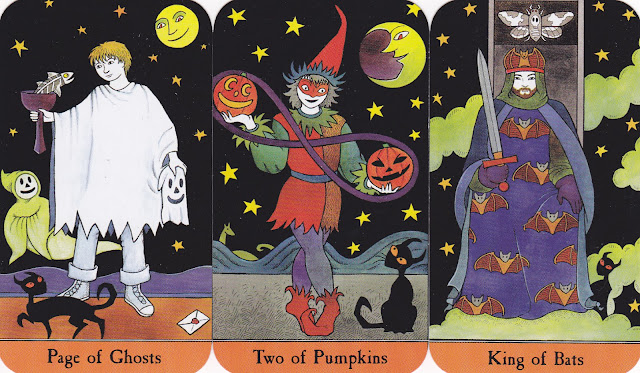 Row 3
You're strong. Keep that in mind when tormented by little night-worry bats with sharp claws.
And remember it, too, when the temptation to run more amok than is good for you comes a-dancing. 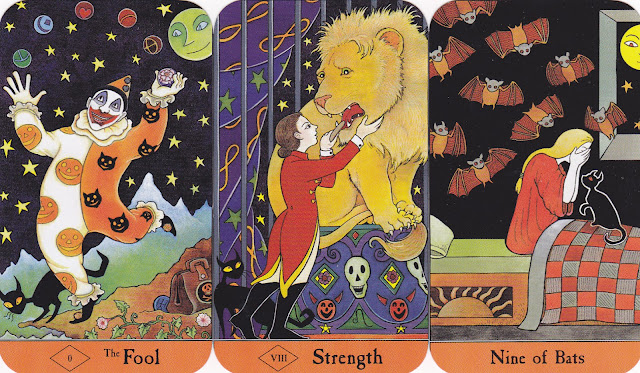 Pumpkins; such a satisfying shape. 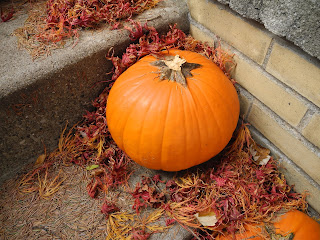 I love the look of Alfons Mucha's work!
During the summer of 2013, Prague hosted this exhibition. Of course I enjoyed wandering through the galleries of his collections, but I found myself drawn even more to all the life happening down below on the square of Old Town Prague. Fortunately the ticket wasn't expensive, so I didn't feel too guilty snapping pictures and videos through the open window, instead of admiring the art. 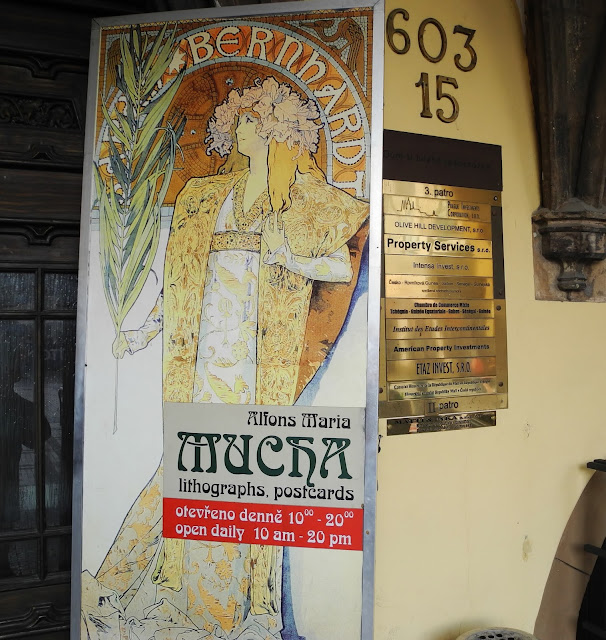 You see those open windows behind the lightpost? The ones with no screens? (So novel for us living in buggy North America, where every inch of open everything is screened!) That's where I lingered with my camera. I hope Mr. Mucha was not too insulted. 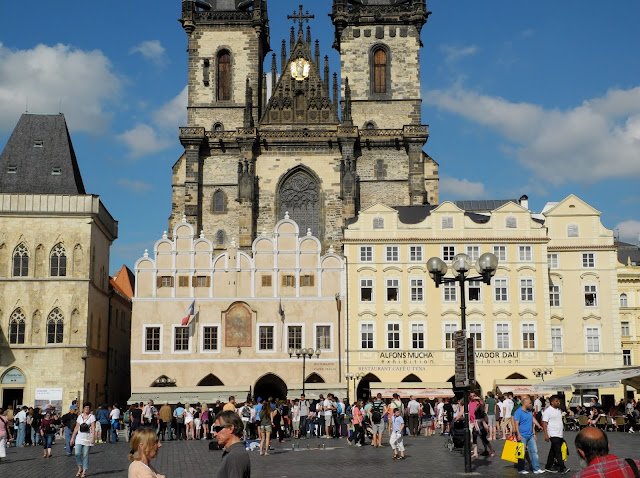 Before I'd settled on reviewing the Mucha deck this week, a newsletter from Jet Pens arrived. In it was a word I'd never seen before - Zentangle. The link led to an interesting type of doodling, which took me to videos so of course I had to watch a bunch of those, and one of the designs was called Mooka. After the style of...yup, isn't that amazing!
That clinched it - Tarot Mucha it was!


Here are my first efforts at Zentangling, with a fountain pen. They're not great, but were fun to do! 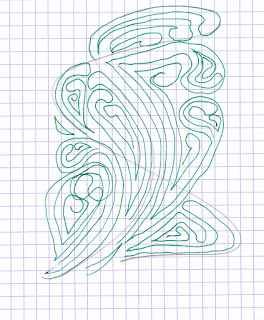 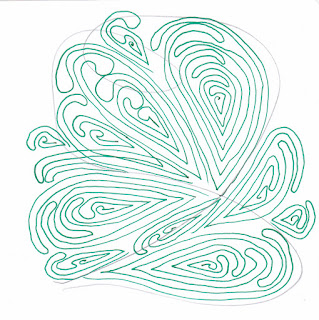 Onward to Tarot Mucha from Lo Scarabeo, with a more generous LWB than usual (the English portion, anyway), by Lunaea Weatherstone.

1. Mucha's art, although beautiful, begins to have a sameness about it after awhile. Once the initial oohing and aahing has worn off, will readers become bored using this deck? 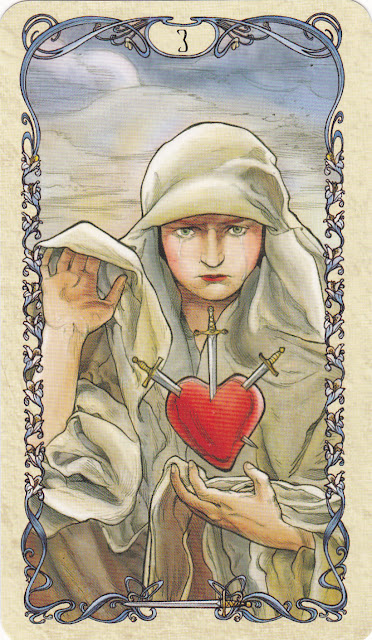 Three of Swords
How DARE you suggest that I am boring! The very idea cuts me to the quick!

Of COURSE there is a recognizable sameness to an artist's work. How else would we identify it, and know that we are drawn to it?
Be sensible!

Do you not know that the brilliant and acclaimed Sarah Bernhardt was one of Mr. Mucha's favourite subjects? Would a famous actress of stage and screen continue to pose for a ho-hum artist? 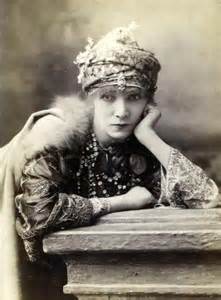 2. Your deck is very much in the RWS camp. Are you unique in some way? 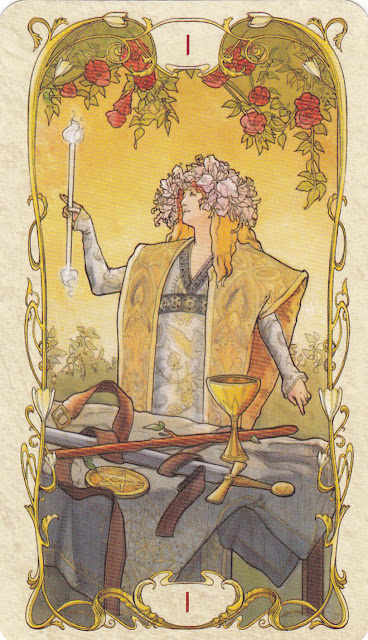 The Magician I
My magic is gentle and my light floats.
There are no harsh bangs and pops here.

The strong emphatic stance of the conventional Magician is softened in me.
I smile in encouragement and invite you to join me.

The linking of art and meaning reminds us that beauty and purpose work well together.

(Note the similarity to the Sarah Bernhardt poster at the top of the blog.)

3. What was it about Alfons Mucha's work that led you to believe it could yield a good, working deck? 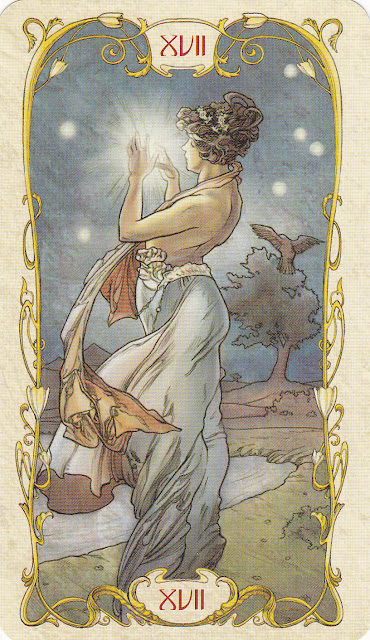 The Star XVII
Its fluidity and grace.

The notion that ideas can weave and swirl around each other and comfortably co-exist.

Its rounded lines - they lull.
Its romantic borders safely hold the images.*

Mucha's art is not just a pretty face.

*I'm not usually a fan of borders (many of my decks are trimmed) but I appreciate these.

Many thanks, Tarot Mucha!

This is Bookfest weekend here, a time when authors come to speak about their work, read from their latest offerings, sign copies, and mingle with the locals. Our city welcomes writers of fiction and non-fiction, poetry, graphic novels.
Lovers of the written word (both weavers and readers) gather to celebrate the wondrous world of the book. All three theatres are up and running, along with a bookstore and snack/wine bar. I love it! 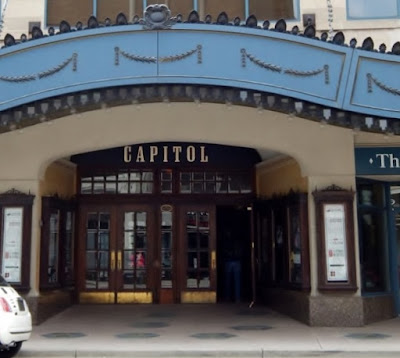 In honour of Bookfest, I thought I'd review some tarot companion books that I find particularly delightful. 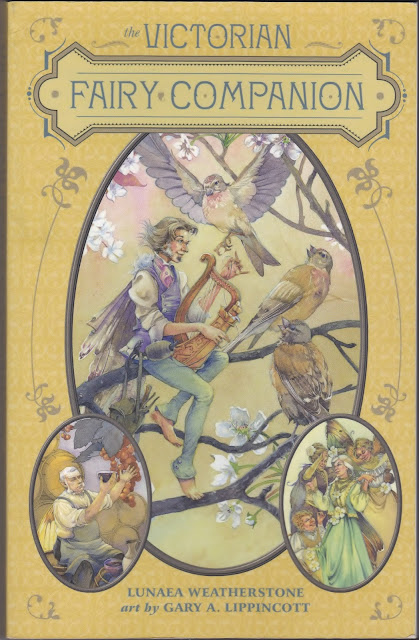 Even without Gary Lippincott's beautifully imagined and detailed Victorian Fairy deck alongside it, this book is an absolute treasure trove of information.

Things I love about it ~

There is a snippet of a Victorian-era poem to accompany each major.
IX The Hermit
Down a winding glade with leaflets wall'd,
With an odorous dewy dark imbued;
Rose, and maple, and hazel call'd

Me into the shadowy solitude...
RODEN BERKELEY WRIOTHESLEY NOEL

XIV Temperance
The dregs and foam together
Unite to crown the cup --
And well we know the weal and woe
That fill life's chalice up!
ELIZABETH F. ELLET

And a poem to introduce each suit.
The Spring Court
Gorse has lit his lanterns all,
Cobwebbed thrift's a fairy ball,
Earth it smells as good as new,
Winds are merry, sky is blue,
Spring has laughter, Spring has tears,
Life has courage, life has fears...
JOHN GALSWORTHY

There is an Appendix entitled "The Language of Flowers".
Here's a taste:
"In the Victorian era, messages were conveyed by subtle means: flirting a fan across a crowded ballroom, folding the corner of a calling card, and, of course, offering a gift of flowers. The Victorians took centuries-old symbolism of plants and made it the fashion.

The Bibliography is extensive, and lists all the books, anthologies, and dictionaries from which came Lunaea's information about fairies, Victorian dance, the Caledonian forest, songs and poems. Should you decide to dip into the life and lore of the Victorians, you'll find a leg-up here! 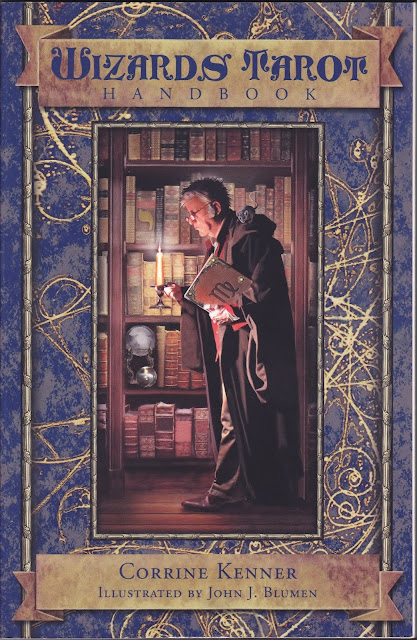 Every Major has its own spread.
For instance:
The Charioteer's Time Travel Spread
The Wheel of Fortune's Web of Fate Spread
Transfiguration's Past Life Spread

The Professors share some of their specialist esoteric knowledge.
The Hermit, Librarian and Professor of Candle Magic, instructs us in Colour Magic.
The Hanged Man, Professor of Runes, lists the runic alphabet, its symbols, pronunciations, and meanings.
The Hierophant, Professor of Mythology, supplies charts of the Greek and Roman Pantheon of Gods and Goddesses.

There are informative sections on so many diverse topics.
Herbal magic, crystals
The Zodiac, astrology of the Court Cards and the Majors
The Elemental Creatures of the Royal Court

Last, but not least, in keeping with the season, Karin Lee's companion to the Halloween Tarot. 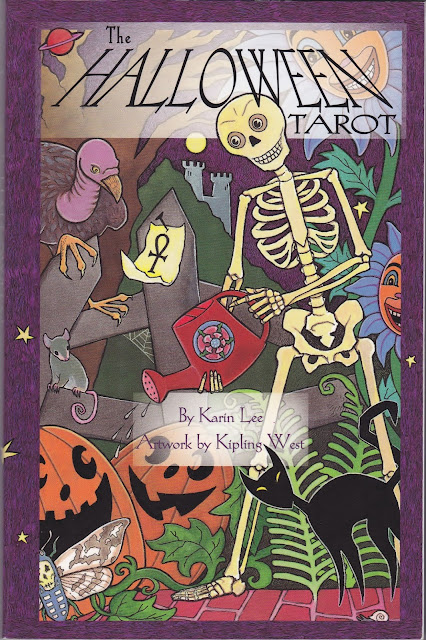 As you might expect, it's full of tricks and treats, Pumpkins, Ghosts, Bats, and Imps. Kipling West's cheerfully spooky artwork brings just the right touch of the macabre.

History of Halloween
From the long-ago Celts to the present.

Halloween Booklists
For kids and adults, tarot and non-tarot.

HAPPY READING!
Posted by TeawomanTarot at 18:58


Pumpkin spice caramels from my daughter's kitchen, and apple pie


Enough tarot decks to keep me happily learning 'til I expire, and new spaces to store them all

Family coming for dinner, not objecting that the whole meal is being produced from what I already have on hand in the house, and breakfast this morning with uncle, aunt, and seldom-seen cousins 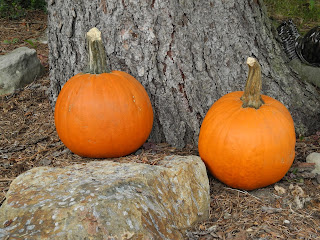 Not all of Florence's golden treasures are tucked away in museums. 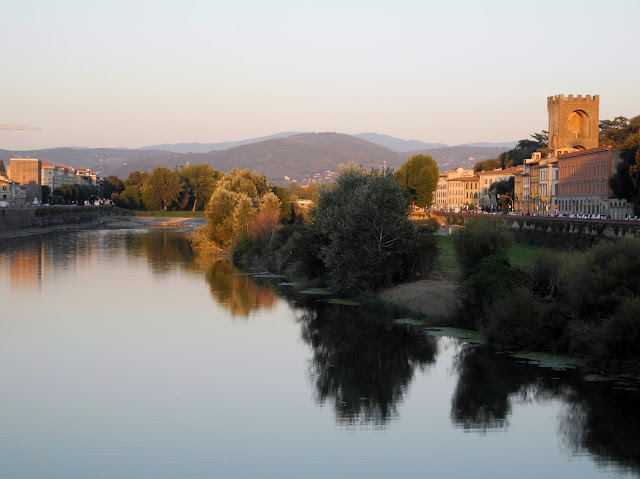 It was the end of a very hot, climbing, trudging day in August.
I was heading 'home' across the Ponte alle Gracie, craving the cooler shadows of evening,
and was presented with this serene piece of beauty. A feast for tired feet.

Sometimes a small treasure appears exactly when it's most needed. 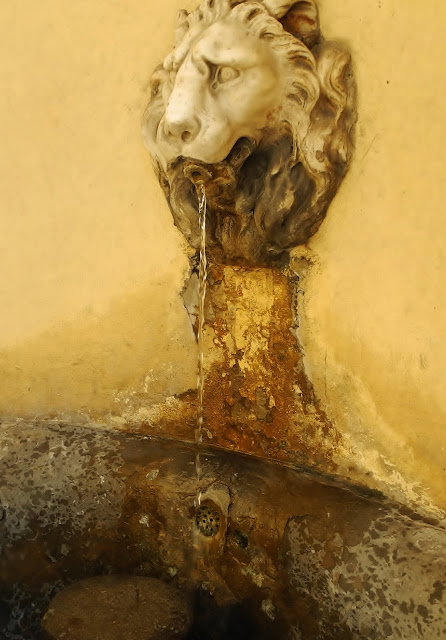 This conscientious lion serves thirsty travellers in the piazza of tiny Fiesole,
a minuscule hill town just outside Florence.

Occasionally the treasure is a surprising bit of cheek. 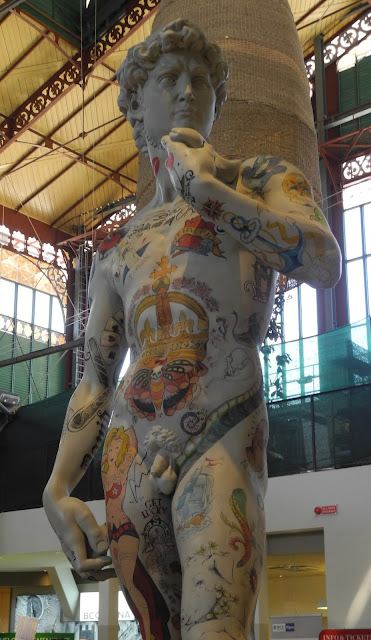 This full-size David lords it over the new food court in Mercato Centrale market.

Like the treasures of Florence, sometimes the golden nuggets in a tarot card are not hidden deep within the imagery, but are right in front of our eyes, waiting to soothe, refresh, cheer.
And at that moment, that's enough.