Am I disappointed in myself? The situation? Someone else? Wounded ego? Trampled self-esteem?
Which of these is causing this mysterious mental malaise?
Danged if I know.
I'm digging all 'round in my brain for clues so I can unearth this troublesome niggle and dissect it, dissolve it, dismiss it.

No luck. The shovel is coming up empty.

Tarot to the rescue. Clues for the clueless. Questions to pry loose this reluctant puzzle piece.
1. What was lost?
2. What was gained?
3. The missing piece
(This last is gleaned from watching a lot of Masterpiece Theatre. Master piece...Missing piece...gotta love that British TV!)


First deck up to bat - the Siamese Tarot. 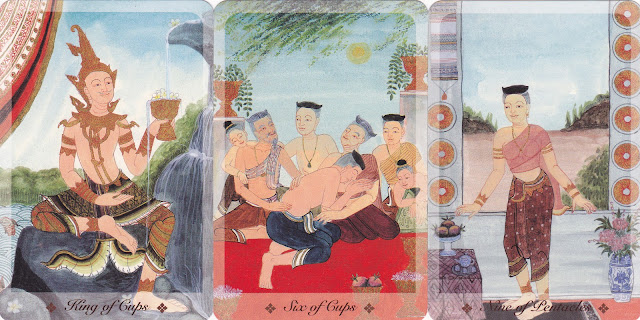 Finally, the Intuitive Tarot
I received this deck in a swap a while ago, and cropped it but never used it until now. 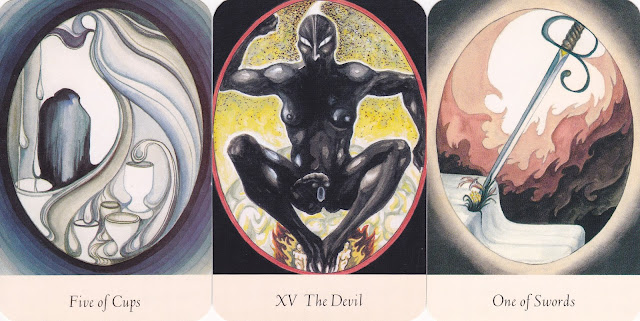 1. What was lost?     Some resilience; it got dented.
2. What was gained?     Learned that I'm fighting the devil within, and it's a disturbing image.
3. The missing piece     When I'm ready, I'll fire up the brain-forge and revamp the plan.


Are my interpretations biased? Yup.
Does it matter? Not in this case.
Did tarot come to the rescue? Yes indeed.
Pull up your sox, there's no permanent damage, you'll be fine. You're no worse off than you were before. Sigh a few times, shrug, and start something new and stimulating.