Oh those tempting racks of Christmas magazines at the grocery store checkout! I still love them.

Then, as now, most featured cookies I wanted to try (and sometimes did), and gingerbread houses I wanted to build (but never did, after looking at the architecturally terrifying instructions.)
There were variations on decking your halls and swagging your decks and dressing the bird, and the latest festive versions of the "little black dress".
And often a Christmas story to read to the kids.

In 1973 Family Circle published Lowly Worm and His Best Merry Christmas Ever by Richard Scary. 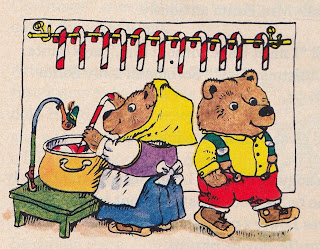 (That's Lowly on the left, perched perilously at the edge of the candy vat. You can probably guess what happens next.)

﻿
I read it to my son, and later to my daughter when she came along. Every year it got stored away with all the other favourite Christmas magazines, to be retrieved and enjoyed again.
But then one year it happened.
Family Circle 1973 was nowhere to be found. Had it been inadvertently thrown out? Did a box get lost in the confusion of moving? Oh no! A small piece of my children's past was lost! 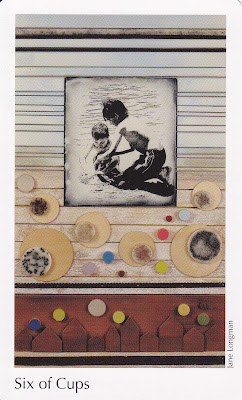 
Christmas time, the receptacle for so much nostalgia. Our own times past, our children's growing up, our parents turning from grandparents to great-grandparents. The best of Gram's baking and Mim's cooking. Shopping and wrapping. Family gatherings idealized by the mists of selective memory. 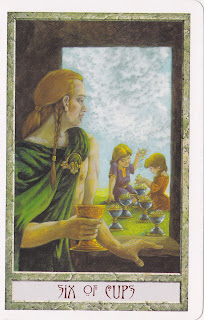 This year a little piece of my Christmases past came floating back to me, courtesy of my resourceful and thoughtful daughter (or maybe she just got sick of hearing me moan about losing Lowly Worm?).
In late November I received this early Christmas present. 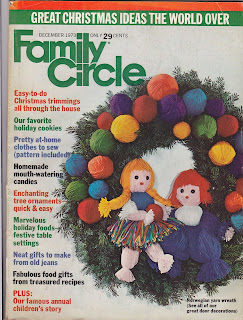 Let's lift a glass to Yuletides past and yet to come! 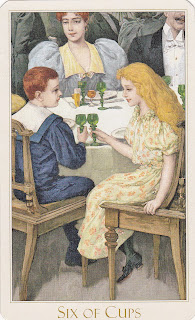